The statements and opinions expressed are those of the speakers and are as of the date of this podcast. All information is historical, not indicative of future results and are subject to change.

One of the biggest concerns we hear from clients, as we're helping them prepare for retirement, is they're worried. Can they count on Social Security? Is it really going to be there for them? The good news is that even if Social Security exhausts their trust fund, some benefits are still going to be paid.
To learn more, listen as we discuss further. 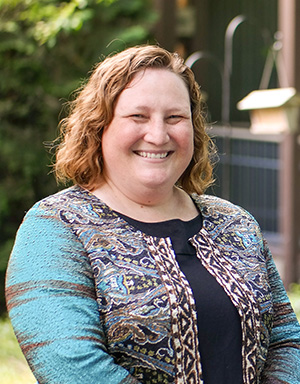 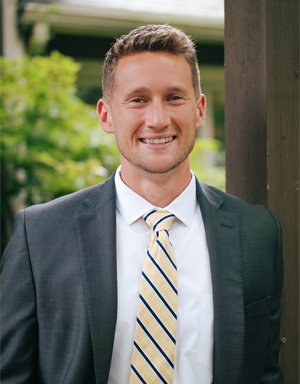 Neil Craft: Hello and welcome to the James Market Clarity Podcast. I'm your host Neil Craft, and today on episode 25, I have Beth Handwerker here with us. How are you, Beth?

Beth Handwerker: I'm doing great, Neal. Thanks for having me.

Neil Craft: Of course, we're really excited to have you. Beth joins us from our Wealth Management team and is here to talk a little bit about Social Security. Beth, tell us, what are some common questions you're hearing right now from your clients regarding Social Security payouts, benefits and some of those questions?

Beth Handwerker: Yeah, one of the biggest things we hear from clients as we're preparing, we're helping them prepare for retirement, they're worried; "can I count on Social Security? Is it really going to be there for me?" And the good news is that even if Social Security exhausts their trust fund, some benefits are still going to be paid.

Neil Craft: Yeah, that's definitely a question that I hear as well, just in terms of, hey, is it going to be there? Is it going to be there when I retire or my children? Maybe not. We'll see. But tell me more about that. Can you give us an example of of maybe when some benefits will still be paid out, as you mentioned?

Neil Craft: Okay. So 80% is definitely better than nothing. It's not like there's zero waiting for you, but..

Beth Handwerker: Which is what most clients think. They think, oh, the trust funds exhausted. We're not getting anything right?

Neil Craft: Right. Yeah, definitely a misconception there. Are there any hopes, I guess, in the long term, of fixing the system or coming up with a solution?

Beth Handwerker: Sure. The the in the trustees report, they also give suggestions about how the Social Security fund could be solvent again. And so one of the suggestions they kicked around was increasing the payroll tax by 3.24%. And that would start now. Right. Is the trustees suggestion right now we pay a 12.4% payroll tax, half of that's paid by the employer. If you're employed, half of it's paid by you. If you're self-employed, you pay the whole thing. Unfortunately so under this proposal, that 12.4 would go to 15.64. In the trustees report, there was no clear answer about, well, how would that be split? That 3.244% increase, would that be split evenly between the employer and the employee or would it all be borne by the employee? It's hard to know, but those would be, that's a suggestion, one of many that they could do. They did mention in the trustees report that if they waited to fix the problem until the trust funds exhausted in 2034, the payroll tax would have to go up by 4.7% to solve the solvency issues. So we it's better to , you know, the if we enact the increases now it's 3.24, if we wait until 2034, we have to have a over a 4% increase.

Neil Craft: Okay. So definitely sooner is better than later in this case.

Beth Handwerker: Absolutely. The more time we have to fix this the system, the less painful it will be.

Neil Craft: So I believe we've heard Social Security from some folks are considered almost like the third rail of politics. Could you talk a little bit about that?

Beth Handwerker: Sure. So as you can imagine, no decision Congress makes about Social Security is going to be popular. Really? No one no one wants to see their payroll tax increase. No one wants to see the retirement age lengthened. Right. So none of these things are popular that Congress is going to do. And so nobody wants to do anything. But actually, as I was preparing for this podcast, I saw an article that came out where actually one of there's two senators that have a bill in. It's just a bill, so God only knows what will come of it. But that they're looking at increasing the the income that you pay Social Security tax on. So right now, your income is capped at $147,000 if you make more than $147,000. You don't have to pay Social Security tax on anything over 147. So this bill that the senators have introduced would increase that 147 to $250,000. And it would also make you pay Social Security tax on investment income and business income that you don't have to do now.

Neil Craft: Okay. Okay. So the question, Beth. Yeah, you mentioned a moment ago that politicians want to get reelected. We don't want to take action, certainly on an unpopular decision. Do you have any guess or estimation on when Congress would move forward with a decision to take action?

Beth Handwerker: Yeah. You know the senators that introduced this bill, it's just a bill. I don't know if you remember this Schoolhouse Rock video. I'm just a bill. But there's a lot of steps that go from being a bill before it becomes law. So this is just an introduction in the Senate. The Senate has to vote on it. Then it has to go to the House of Representatives. They have to vote on their own version of the bill, that it has to be reconciled. Then they vote on it again and then it becomes law. So this is just a very baby step in the whole process. So it's hard to say.

Neil Craft: Well, I'll say enough doom and gloom for now. Is there good news on on any fronts here regarding Social Security?

Beth Handwerker: Yeah, inflation is a big hot topic right now. And something that I wanted to point out that a lot of people don't realize is that, okay, great, we got a 5.9% increase in our Social Security benefit. But Congress also has the ability to increase the Part B premiums that come out of your Social Security check. So in 2022, the average age of retirement benefit increased by $92 for the month. But we saw the Part B premium go up $21.60 a month. So part of that increase ended up being offset immediately by an increase in Part B premiums.

Neil Craft: That's definitely kind of an interesting wrinkle there.

Neil Craft: I'm going to ask you a question I don't know the answer to, but is there any idea on what next year will bring or what 2023 is going to look like in terms of that cost of living adjustment?

Beth Handwerker: Yeah, it's really quite fascinating the way they calculate the cost of living increase based on third quarter inflation numbers.

Beth Handwerker: Okay. So we're just into the third quarter, so it really depends on what happens in the next couple of months. Now, there's some lobbyist organizations that do studies about what they think is going to happen. and the Senior Citizens League is one of those. With the the Consumer Price Index information, the inflation number for June, they're saying that if if that holds steady, that there could be a ten and a half percent increase. Wow. In 2023 for Social Security, which would be really high. It's been a little bit higher maybe once in the past, but that would be a huge increase next year. But the two months ago, the same senior citizens league, they looked at the COLA and they thought it was going to be 8.6. So those June numbers really shot up the estimate of what the COLA increase is going to look like because we had such bad inflation numbers in June. So it's hard to say if inflation cools in the next couple of months, then we could have a lower number than that, ten and a half. The senior citizens league again said, well, maybe it could be 9.8% COLA, just depending on what happens with inflation in the next couple of months.

Neil Craft: Yeah, well, so much is probably is going to change. That's that's the only thing we know for sure, so we'll have to wait and see.

Beth Handwerker: That's right, and the good news is, you know, our clients aren't alone trying to figure this out. We are here, especially with wealth management to help walk you through. What does this look like if inflation is really bad, what if my Social Security drops to 80%? You know, we can really help you work through all of this concerns and give you some peace of mind.

Neil Craft: We'll have to dedicate our next episode to that topic right there.

Beth Handwerker: I think you're probably right. Me? I could go on and on and on. We'll have to get that on the schedule. But, you know, in the meantime, reach out to us. We want to help you. We want to put your mind at ease and talk you through any concerns you might have. Our goal is for you to feel confident in your financial future.

Neil Craft: Absolutely. Well, Beth, thanks so much for joining us today.

Beth Handwerker: My pleasure, Neal. Thanks for having me.

Neil Craft: If you would like to learn more about Social Security or Wealth Management services or anything else, please visit us at www.jamesinvestment.com for more information.
James Investment. Your Future. Our Purpose.

We understand that preservation of capital and long-term growth are critical to our clients. For this reason, we use strategic asset allocation techniques to create balanced portfolios custom-tailored to meet each individual's investment needs and risk tolerance.

The Balanced strategy has a target range of 40% - 70% in equities, with a mix of small, mid, and large capitalization stocks. We weight the stock exposure toward the most advantageous market capitalizations based on our research.

Sector analysis in an important part of our portfolio management process. Changes in sector weightings are made based on our analysis.

We believe that having the maximum flexibility to follow our research is the key to adding value to our clients' accounts.

Your Future. Our Purpose.

INVEST WITH US TODAY!