The statements and opinions expressed are those of the speakers and are as of the date of this podcast. All information is historical, not indicative of future results and are subject to change.

It might seem obvious to over or under-weight stocks or industries based on who is president. However, our research shows this may not be a winning strategy and, could in fact be harmful to a portfolio. 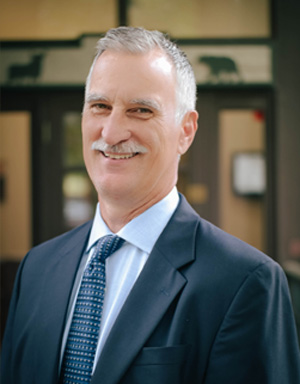 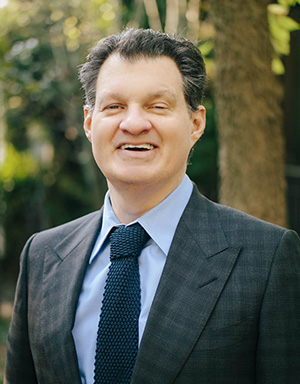 Mike McGraw:
Hi, I'm Mike McGraw, President of James Capital Alliance. And today I'm with David James, our Director of Research here at James Investment. One topic getting much attention right now is the upcoming election and how it will affect the stock market. So David, who should stock investors be rooting for this election?

David James:
Well, Mike, that's a good question. And for the answer, I look back at history and looked at the data. And you find since 1926, there's been eight Republican and seven Democratic presidents. Now despite this difference, you find that the stock market rose in more than two thirds of these years. So the general trend is for the stock market to rise, regardless the party and control of the White House.

Mike McGraw:
Wow, that's surprising. So are there any traps that investors can fall into?

David James:
Oh, unfortunately, that is the case. Behavioral Finance Professor Mieres Trotman, found that people often take greater risks when their party controls Washington. Basically, they get too optimistic. And also when the party is out of power, these investors grow restless, and they trade more frequently. This often causes them to underperform those whose party's in charge.

Mike McGraw:
But still, can investors then take advantage of some niche plates? Right.

David James:
That's what I would have expected. But the data really suggests otherwise. For example, it seemed everyone knew that that clean air defense and multinationals would really only do well under a Mrs. Clinton administration, and that they would suffer under Donald Trump. And instead, these industries average the total return over 50%. Meanwhile, a Trump presidency was supposed to be a windfall for coal miners, small businesses and construction companies. But those industries only averaged a gain of just over 20%.

Mike McGraw:
Wow, that's surprising. I wouldn't have guessed that. How about another example?

David James:
Sure, back when Reagan was elected president, many really assumed that he would be looking to cut taxes and red tape. And that would be a change compared to the Carter years, which oversaw rises in inflation and unemployment. And most assumed the Reagan policies would be good news for these smaller stocks. But despite this, smaller stocks actually did twice as well as larger stocks under Carter than Reagan.

Mike McGraw:
Okay, so let's try to sum it up a little bit. The party doesn't seem to matter; market does well regardless of which party is in charge. And it's hard to take advantage of any real niches. But what would you say the bottom line is then?

David James:
Well, the bottom line is that the data suggest you really do not want to tailor your investment strategy based on whether there's a Democrat or Republican and what their perceived policies are, instead, you want to do what sounds like common sense, and just keep looking for very good high quality, good value, good profitability and good strength stocks.

Mike McGraw:
Excellent. Well, David, that's some great information and certainly encouraging for the market. If anybody would like to get a free, no obligation copy of our white paper on election investing, you can contact us at jamesinvestment com is our web page, or call us here at James Investment and talk to one of our relationship managers. The number is simply one 800-99JAMES easy to remember. So thanks for listening to us and have a good election.

We understand that preservation of capital and long-term growth are critical to our clients. For this reason, we use strategic asset allocation techniques to create balanced portfolios custom-tailored to meet each individual's investment needs and risk tolerance.

The Balanced strategy has a target range of 40% - 70% in equities, with a mix of small, mid, and large capitalization stocks. We weight the stock exposure toward the most advantageous market capitalizations based on our research.

Sector analysis in an important part of our portfolio management process. Changes in sector weightings are made based on our analysis.

We believe that having the maximum flexibility to follow our research is the key to adding value to our clients' accounts.

Your Future. Our Purpose.

INVEST WITH US TODAY!